You looking for his wife Clara? Or possibly the show they are from?

Father, Husband, Employee Cook at Fry Me Taco, and Vampire

Vlad is a recurring character in FNaF: SL and also a vampire. Only appearing in The Immortal and The Restless, he is Clara's husband. He also works as a cook at a fast-food restaurant, Fry Me Taco. He is voiced by Christopher McCullough.

Vlad appears in The Immortal and The Restless, a show that plays in Eggs Benedict's Home after every night shift (except for Night 3). He is the uncaring husband of Clara, and constantly denies that their baby is his, which leaves her mad. In the Fake Ending, Vlad says that Clara's wedding ring was found in a kid's meal at Fry Me Taco, leaving Clara somewhat delighted that Vlad paid for a kid's meal just for her, resulting in them kissing.

"You burned down my house?" 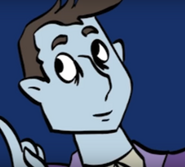 "Sounds like something that came from your side of the family" 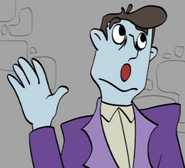 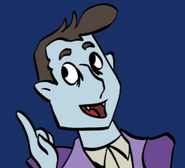 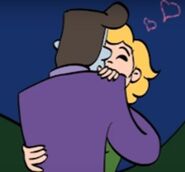 Ditto.
Add a photo to this gallery
Retrieved from "https://fnaf-sister-location.fandom.com/wiki/Vlad?oldid=64815"
Community content is available under CC-BY-SA unless otherwise noted.