Unused features are features found in the game files our from an outside source that didn't make it into the game.

There is an image of Circus Baby in the game files, which has not been used in the game. The image has Circus Baby tinted completely red and missing her pigtails.

"Glass pressure trigger. Please do not push against the glass."

On Ennard's First Teaser in the source code was a schedule for both Chica's Party World and Circus Baby's Pizza World. This has no significance in the game as of knowing.

Ballora staring into the Control Module

There is an unused file of Ballora staring at the player with her faceplates open when you shock her in the Primary Control Module. It has not been seen in the game.

Unused file for Ballora looking into the Primary Control Module.

Unused image of Circus Baby, possibly used for Night 4 or the game over screen. 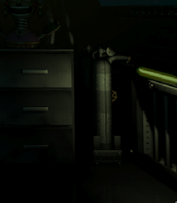 Old Vent covering being seen in the blueprint for the Primary Control module. 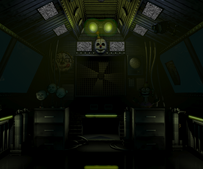 The old vent covering being seen in the blueprint for the Primary Control Module. 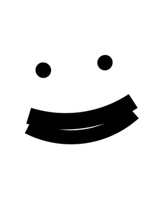 An unseen smiley face, possibly used as a placeholder in the Real Ending mirror scene for Eggs Benedict.

A possible beta version of the map for Circus Baby's Entertainment and Rental.