Were you looking for Circus Control or Primary Control Module from the Five Nights at Freddy's: Sister Location?

The Scooping Room is a location in Five Nights at Freddy's: Sister Location. The Scooper is held here. Before it is used, it emits a loud, beeping noise. The scooper is a machine used to dismember the costume and remove the endoskeleton from an animatronic for repair. It was also used to scoop the player in the real ending.

Appearance of the room

The room consists of two large windows, a camera hanging on the left side, and a rectangle-pattern floor. In the middle of the two windows lies the scooper. It moves only in a front line. Through the entire time, lights go in and out.

The Scooper, as the name states, is a machine designed by William Afton to take out the endoskeletons of the Funtime animatronics as an aid for maintenance. As stated on the blueprint that it was also used to move children's spirits inside of the animatronics (except for Circus Baby) after they kidnap and enclose kids in their stomachs at birthday parties. It is also stated that if the machine is overheated the effects will be neutralized permanently.

In this case of Eggs Benedict, his innards were removed using the Scooper and his skin is used to disguise Ennard.

The Scooping Room is first introduced in Night 4, being the location of which the night takes place. Circus Baby explains that the Scooping Room contains a machine called the "Scooper", bantering that it sounds like something that would be used for ice cream. Of course, this isn't its actual purpose and in fact has a much more brutal use as revealed in Night 5.

The Scooping Room can be accessed in Night 5, by following the directions of Ennard through Circus Baby's voice. Here, you can see the remains of the outer shells of Ballora, Funtime Freddy, Bon-Bon and Funtime Foxy. Ennard slowly appears through the window, and Ennard reveals that they brought the player there so that the animatronics could use their body as a disguise to escape. Ennard then uses the Scooper to remove the player's innards and killing him in the process, ending the night and resulting in the Real Ending.

The Sound of Ballora getting Scooped on Night 4.

The Sound of The Player getting scooped on Night 5 in the Real Ending.

The Alarm. This is used to warn people when the scooper is about to be activated.

Ballora in the Scooping Room on Night 4.

The Scooper about to be used.

Animation of the Scooper in action, as seen on Night 4.

Ennard watching the player in the Scooping Room behind a window.

The Scooper scooping player without background.

The Scooper scooping the player.

The blood screen showing at the exact moment the scooper hits the player.

The screen fading red after the player gets scooped.

The scooping room on IOS, note Ennard in the right window.

Ballora getting hit with the Scooper.

Ballora getting hit with the Scooper. (Brighten up) 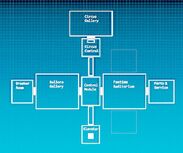 The remains of Ballora of the floor on the floor of the Scooping Room.

The remains of Funtime Freddy on the floor of the Scooping Room.

The remains of Funtime Foxy on the floor of the Scooping Room. 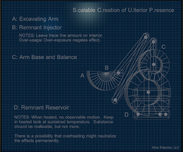 The Scooper's Blueprint
Community content is available under CC-BY-SA unless otherwise noted.
Advertisement