Were you looking for information on Michael's Father, William Afton or his sister, Elizabeth?

Brown (Before Loss in Decaying)

Michael Afton, also known as Eggs Benedict or Mike, is William Afton's eldest son. Michael is also the brother of Elizabeth Afton and Crying Child, as well as a technician of Circus Baby's Entertainment and Rental.

Michael Afton's appearance is only shown twice in Sister Location. Once, in the Real Ending, he is shown as a shadowy figure, and in the other in the Custom Night minigames, where he is shown walking down the street and has brown hair, fair skin, blue eyes, a purple shirt, blue pants, and brown shoes. However, as the minigames progress, his skin gets progressively more rotten due to Ennard hiding in his body.

In his monologue in the Custom Night cutscene, Michael revealed that he was hired on his father's request to blindly find and free his sister Elizabeth, and seemed happy when saying Elizabeth was "free now", further showing his affection for her.

He speaks in a rather gentle, yet brooding tone of voice, which is in stark contrast to his father's more sinister tone of speaking. Michael may also suffer from depression, as he shows sadness at the fact that he is now a monster unable of being seen in public, forcing him to hide in the shadows. Michael could potentially be vengeful of his father William due to his actions as he vowed to "come find him" and reading within the lines could mean he wanted to kill him this was seemingly true as he wasn't hesitant in letting him burn to death in Freddy Fazbear's Pizza Place along with himself. It's suggested that Michael may carry a large amount of guilt due to the fact that his own father caused the horrific events that led to the loss of so many lives, his guilt could be a motivation to why he feels he personally needs to finally put an end to his father's horrible legacy, this represents Michael as a very virtuous person someone always looking to do the right thing.

In the Survival Logbook, Michael is shown to be sarcastic, making various comments about Fazbear Entertainment's lack of safety or care for its employees the book also shows that Michael is paranoid while on the job suggesting he sleep with one eye open. When asked why he wanted the job on page six he states for the free pizza this could mean he quite enjoys pizza and is somewhat cheap refusing to pay for his own pizza. This is seen further in the book when asked in the form of a question what he would like for his end of week bonus he circles the money basket with emphasis meaning Michael values money and could be a very materialistic person.

There are multiple scribbles in the book drawn by Michael implying he enjoys drawing and is extremely talented at it. It's implied in the book that Michael is an extremely hard worker who is desperate for cash in order to make ends meet. It's also stated that Michael desires to take a tropical vacation. Michael may or may not have a flair for business in Freddy Fazbear's Pizzeria Simulator, as his choices are influenced by the player.

Michael Afton is the main protagonist of Sister Location, serving as one of the technician's for the animatronics and is known as Eggs Benedict (due to HandUnit's keyboard malfunction). Throughout the nights, he accomplishes the tasks the job requires him to, though eventually it is revealed his father sent him to the facility to find his sister.

It is speculated that Micheal is told by his father to go to the facility to find his sister, Elizabeth, though it is unknown why William requested Mike of this. He, after completing the maintenance tasks, eventually discovers the Scooping Room, where the animatronics' plan is revealed, as he is disemboweled and the animatronics steal his body to escape.

As his speech ends, Springtrap moves into the frame, with a "Fazbear's Fright" sign visible in the background. 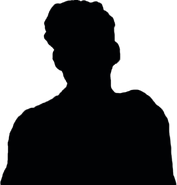 Eggs Benedict's Silhouette in the Real Ending before he opens his eyes.

Eggs Benedict opening his eyes in the Real Ending.

The Events After the Real Ending.

Falling after Throwing Up Ennard.

Him standing up after his re-awakening.

Springtrap walks in for a second After Michael Talks