Golden Freddy is a game mode in Custom Night for Five Nights at Freddy's: Sister Location. In this game mode, you must defend yourself against all 10 animatronics. When Custom Night was first released on December 1st, Scott had this mode locked until he could get all of the bugs out and see how people were reacting to the game. He released an update to Sister Location which unlocked this mode. He did admit that he couldn't make it past 2 AM on Very Hard.[1]

On December 3rd, Scott made a post on the Steam page for Sister Location where he said that this mode was most likely unbeatable on Very Hard. The reason is because there is not enough power. He did say that it's also because he wasn't complete with the final cutscene. The update came out the following day.

The Golden Freddy Preset as seen in Custom Night. 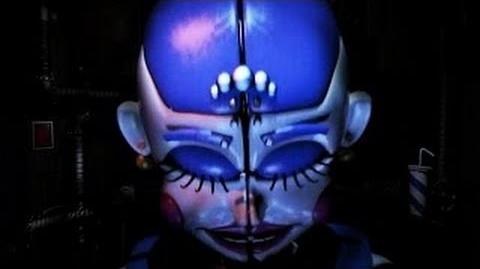