The Extras Menu menu makes its third appearance in Five Nights at Freddy's: Sister Location. Like the third and fourth FNaF games, the menu can only be unlocked if the player has completed Night 5.

Like the previous two games, the Extra shows all of the animatronics, some in which, show more than one character. Ennard is not unlocked until after the player completes the Fake Ending. 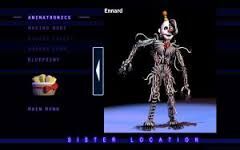 Extras Menu with everything you get after beating the Fake Ending in the Private Room. 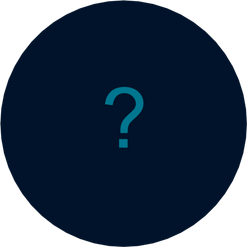 The Thing that covers Ennard in the Extras Menu until you complete the Fake Ending.

Making of the Animatronics

Blueprints show wireframe of the main four animatronics, as well as different angles of rooms. The only way to see these character blueprints is when rarely booting the game or entering a room.

These are under the "Blueprints" section in the Extras Menu. They show the blueprint of the entire place, and images of the places.

At the end of the Fake Ending, the player unlocks a basket full of exotic butters. It is given to the player as their paycheck from a typo from the monitor. Clicking on it will have the HandUnit's voice saying "Exotic Butters".

When hovering the mouse over the bottom left corner of the Extras menu, the sprite for Baby from the Death Minigame will appear. Clicking on it will allow the player to play her minigame. Proper completion of the minigame will award the player with the second star and keycard upon proper completion regardless of if it is completed during gameplay or through the Extras menu. In the Mobile version its a lot harder to access the minigame on the extras menu as it being next to the main menu button.

The Extras Menu icon on the main menu.

The Animatronics icon in the Extras menu.

The Blueprint icon in the Extras menu.

The button to cycle left on the extras menu.

The button to cycle right on the extras menu.
Community content is available under CC-BY-SA unless otherwise noted.
Advertisement