This is a list of all the cutscenes that can be accessed in Five Nights at Freddy's: Sister Location and Custom Night.

The Opening Cutscene is an opening cutscene in FNaF: Sister Location. This plays every time the player starts the game for the first time. This could also be replayed by editing the save files. There is a voice that speaks in the opening cutscene. It is believed to be a band member speaking to William Afton about certain features of the animatronics, though Afton doesn't properly answer the band member's queries.

Mystery Board Member - There’s no doubting what you’ve achieved on a technical level. These are clearly state-of-the-art. There are just certain design choices that were made for these robots that we don’t fully understand. We were hoping that you could shed some light on those

William Afton – She can dance, she can sing! She’s equipped with a built-in helium tank for inflating balloons right at her fingertips. She can take song requests. She can even dispense ice-cream.

Mystery Board Member – With all due respect, those aren’t the design choices we were curious about, Mr Afton.

The Immortal and The Restless is a mini soap-opera TV series found in Five Nights at Freddy's: Sister Location. An episode of this series appears after each shift is complete (Except for Night 3). Each episode is typically about the troubles of a vampire and his spouse, in a struggle with their love relationship. This is not seen in the mobile version.

Narrator: Another day, another dramatic entry in the lives of Vlad and his distressed mistress! Where will they go? What will they do? All of that and more happening now!


Clara: Count, I tell you that it is! You're the only vampire I've ever loved! And the baby turns his bottles into powdered milk.


Vlad: That doesn't mean anything.


Clara: He sleeps on the ceiling fan!


Vlad: Upright, or upside down?


Clara: What does it matter? You NEED to be part of your son's life!


Clara: Well, then, at least pay your child support, you deadbeat!


Narrator: Will Vlad and his distressed mistress find common ground? Tune in next time!

Narrator: As the sun sets, so also does another chapter in the saga of love lost, between Vlad and his distressed mistress. Can they be reconciled? Can their love rise again? That and more! Happening now.


Vlad: Clara, the baby isn't mine!


Clara: It is, Vlad! They had trouble catching him in the nursery today.


Vlad: So what? Lots of kids get hyper and run around and stuff.


Clara: They had to knock him out of the air with a broom!


Clara: They're going to dock your paychecks.


Vlad: They can't do that, I'm a vampire. I don't get paychecks!


Clara: You work the graveyard shift at the Fry Me Taco. Don't lie to me!


Narrator: Oh the humanity! When will the heartbreak end? When will these two ships passing in the night rekindle their long lost love? Tune in tomorrow to find out.

Narrator: As the moon rises, so also rises the tension between sworn lovers.


Vlad: Wait, was that a vampire joke? That was sooo lame, Clara, like I've never heard that a million times.


Clara: Well the joke's on you. I set the thermostat to 90 before I left.


Clara: Good! Because I also set the house on fire!


Narrator: How will it all end? The passion! The tension! The intrigue! Tune in tomorrow for the exciting conclusion.

Note: This episode only happens during the Fake Ending.

Announcer: As the trees sway in the wind, so also do emotions sway between star-crossed lovers!


Vlad: You burned down my house?!


Clara: You call that a house? It was like a morgue in there.


Vlad: I may be undead, but you're heartless.


Clara: You need to see your son!


Vlad: The baby isn't mine!


Vlad: Sounds like something he got from your side of the family!


Narrator: As the hair on the back of a cat stands up straight, so also does the love between Vlad and Clara stand up against all obstacles, but what about the baby? What about the bad child support? Stay tuned next season for all those answers and more.

You'll access a cutscene every time you finish a very hard preset on Custom Night.

The music that plays in the Michael Afton cutscene.

In this cutscene, a character named "Michael" is speaking to his father. It appears to be set in the burnt down "Fazbear's Fright" location from FNaF 3.

Father. It's me, Michael. I did it. I found it. It was right where you said it would be. They were all there. They didn't recognize at first but then they thought I was you. And I found her. I put her back together, just like you asked me to. She's free now. But something is wrong with me. I should be dead. But I'm not. I've been living in shadows. There is only one thing left for me to do now. I'm going to come find you. I'm going to come find you.

A side view of Circus Baby in the cutscene.

A full view of Circus Baby in the cutscene. 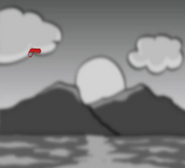 The background from one of the episodes. 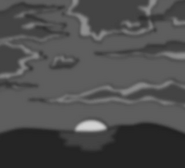 The background of one of the episodes. 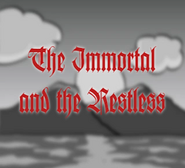 The Intro of one of the Episodes. 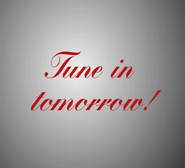 The Ending of Episode 2.

Episode 2 of the Immortal and the Restless.

Another one of the people in Michael Afton's neighborhood, waving.

1 of the people in Michael Afton's neighborhood, waving.

One of the green-shirted people in Michael Afton's Cutscenes, suspicious of Michael's decaying body.

One of the orange-shirted people in Michael Afton's Cutscenes, suspicious of Michael's decaying body.

One of the green-shirted people in Michael Afton's Cutscenes, hiding behind his house out of fear due to Michael's decaying body.

One of the orange-shirted people in Michael Afton's Cutscenes, hiding behind his house out of fear due to Michael's decaying body.

Michael Afton in his respective Cutscene, no signs of his body decaying.

Michael Afton in his respective Cutscene, with his skin turning green representing decay.

Michael Afton in his respective Cutscene, his skin darker purple, representing much decay.

Michael Afton spitting Ennard out of his body.

Michael Afton resting or laying after spitting Ennard out.

Michael Afton possessing his body and coming back to life.

Him standing up after his re-awakening.

Ennard's Eyes showing up in the sewers. 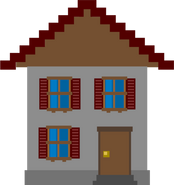 One of the houses that appear in Michael Afton's Cutscene 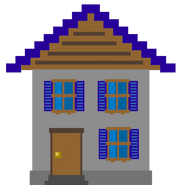 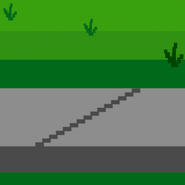 The sewer in Michael Afton's Cutscene

The Bushes as seen in the foreground in the Michael Afton Cutscenes. 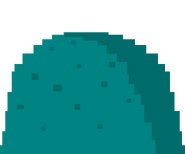 The bushes as seen in the background of the Michael Afton Cutscenes.

One of the bushes as seen in the Michael Afton Cutscenes.

The final frame of Michael's cutscene, brightened for clarity.

Fazbear's Fright after the Fire, Brightened for clarity.

Springtrap at the end of the V. Hard Golden Freddy Cutscene.

Springtrap seen without the background.

What's Left of Fazbear's Fright(Notice in the bottom right a red house roof).

The Smoke Clouds that show up in the Golden Freddy cutscene to show that its after the Fire at Fazbear's Fright.
Community content is available under CC-BY-SA unless otherwise noted.