Were you looking for Parts/Service, Circus Gallery or Funtime Auditorium from the Five Nights at Freddy's: Sister Location?

The Ballora Gallery (Reference by HandUnit as Ballora Gallery Party Room and Dance Studio) is a location in Five Nights at Freddy's: Sister Location within Circus Baby's Entertainment and Rental. It is the starting location of Ballora and Minireena on all of the nights except Night 5.

Ballora Gallery is a large and dark room where the Show Stage is the starting location of Ballora and the Minireena. It also appears to have a white floor.

Nearest to the player is a panel, which have two buttons mounted on them. The top blue button is for the lights; and the bottom orange button is to trigger a controlled, electrical shock to Ballora and the Minireenas.

In order to get to the Breaker Room, the player must pass through Ballora Gallery as quietly as possible, despite the Hand Unit's directions, to avoid being killed by Ballora, and then back to primary control module to finish the night. When walking/crawling through Ballora Gallery, the player must stay as quiet as possible as to not trigger Ballora. If the player hears her music box become louder, they must stop and stay still to make her move away in order to proceed safely. If the player fails to stay silent when she is near, she will jumpscare and kill the player, resulting in a Game Over. 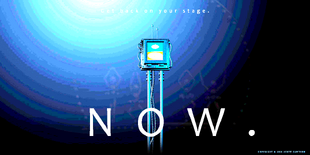 Teaser of the Controlled Shock Keypad with Minireenas in the background when brightend. 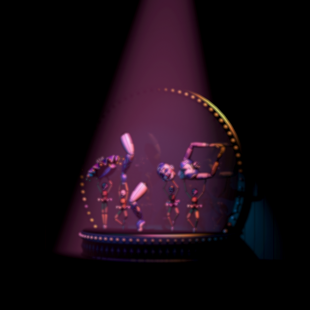 Night 3 from when you shine the light in Ballora Gallery.

Ballora spinning around in Ballora Gallery.

An unused image of Ballora staring at the player from Ballora Gallery.

The Floor of Ballora Gallery when the player faces down.

The Floor of Ballora Gallery Animated. 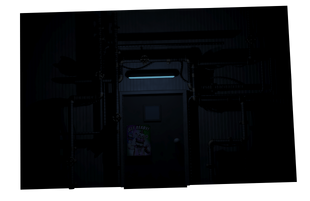 The Breaker Room from Ballora Gallery.

The Primary Control Module from inside Ballora Gallery.

Ballora gallery's name as seen on the breaker room panel. 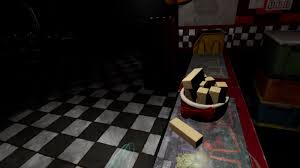 Exotic Butters.
Add a photo to this gallery
Retrieved from "https://fnaf-sister-location.fandom.com/wiki/Ballora_Gallery?oldid=67847"
Community content is available under CC-BY-SA unless otherwise noted.